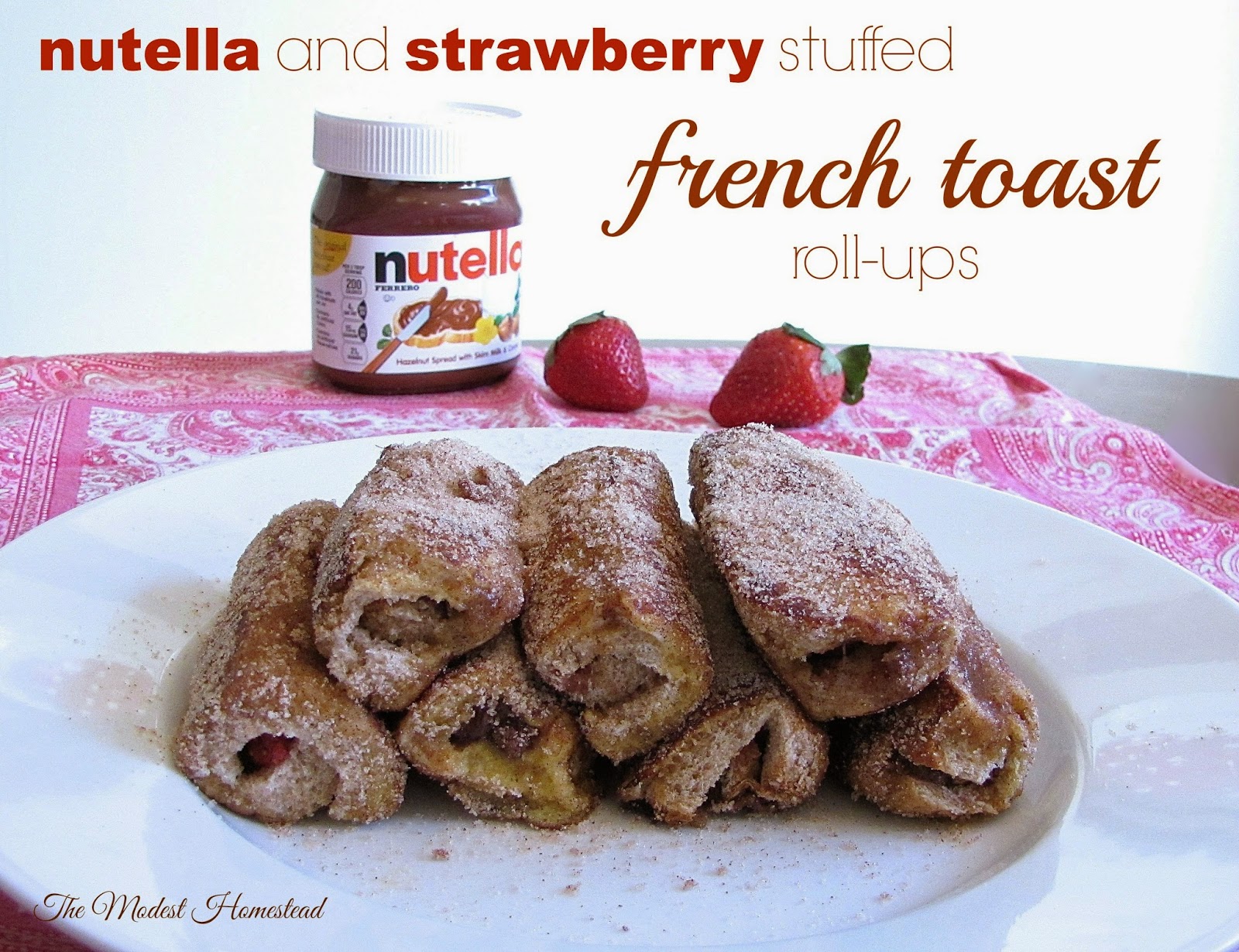 Who doesn’t love nutella? Have you tried it lately? On toast, on a sandwich, as a dip with your favorite fruit, made into a frosting for cupcakes…it’s amazing.  And I haven’t even begun to try out all the endless baking possibilities…cookies, brownies, cakes. I also don’t want to kill us all with so much junk so you know… we’re taking it slow. A few weekends ago the girls and I were home on a cleaning spree {I was on the spree and they were less than thrilled to be helping}. So before we started our tasks I made this yummy roll of deliciousness for us to eat for breakfast. Let me tell you they are soooo good! Two of my absolute favorite things to eat in the world are chocolate and french toast so you can imagine how much I’m totally in love with french toast stuffed with this chocolatey goodness. Here’s how you make them.
Start with 8 slices of sandwich bread. 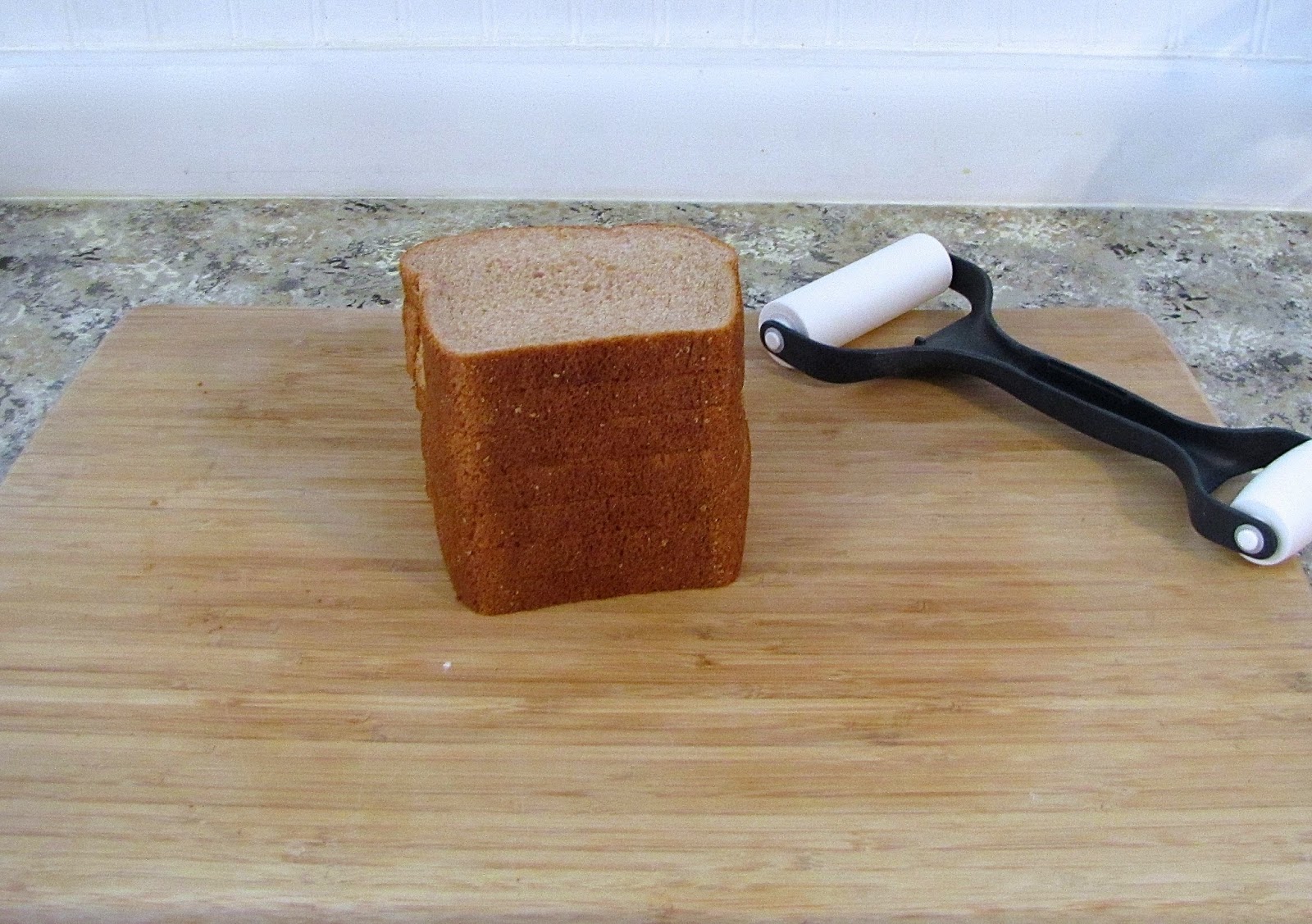 And cut off the crusts. 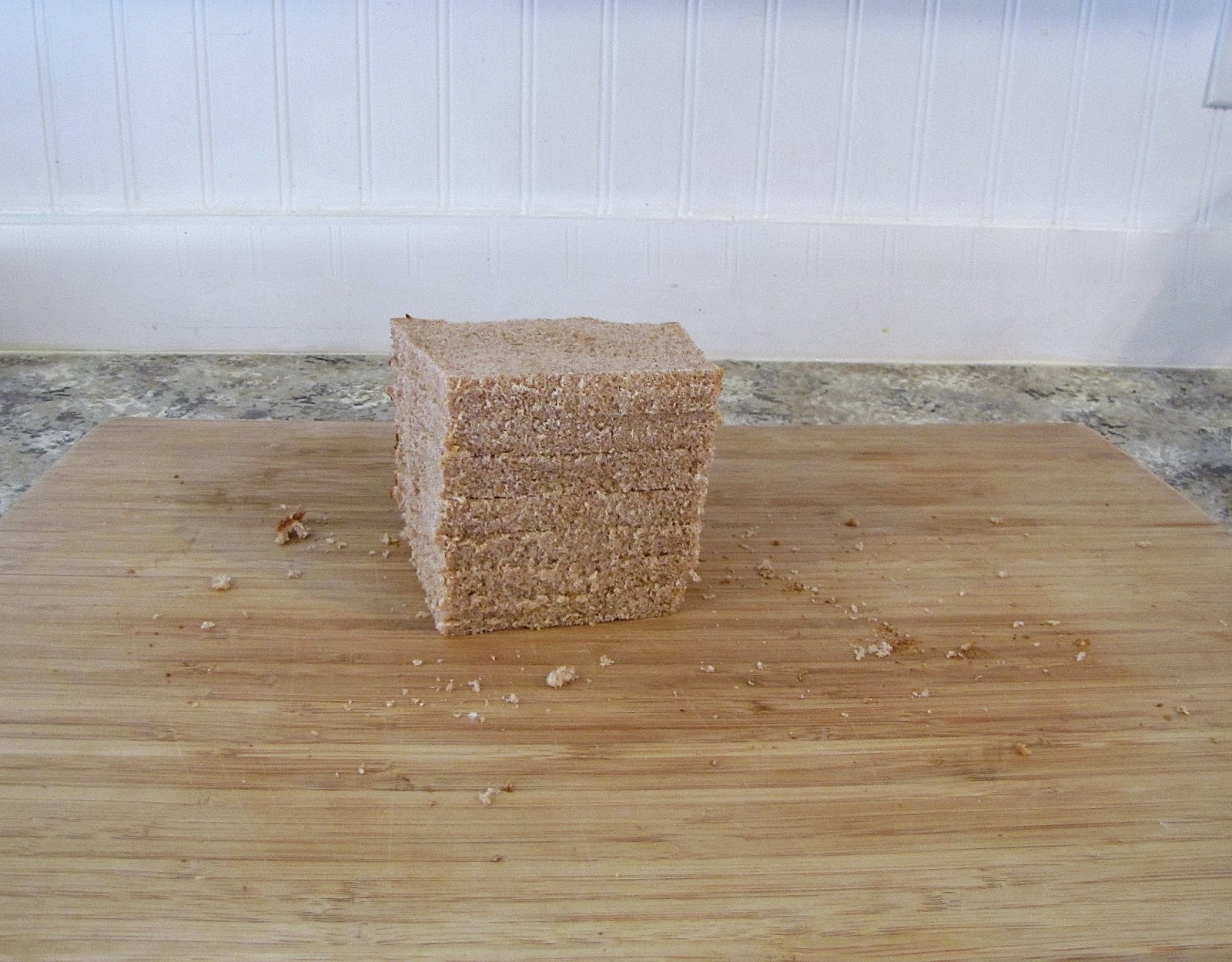 Roll them all flat with a rolling pin. 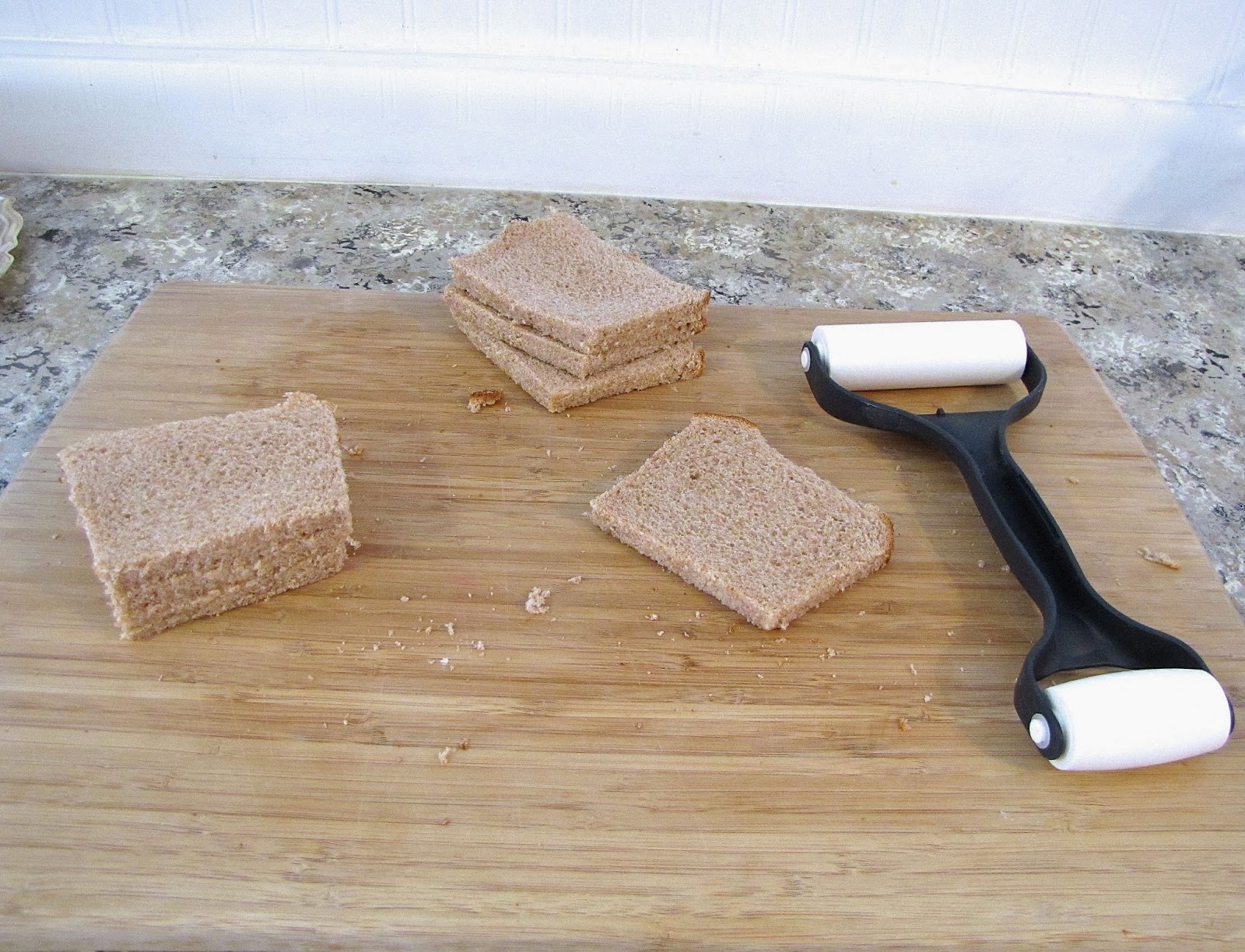 Then spread a little Nutella on each one and add some diced strawberries. 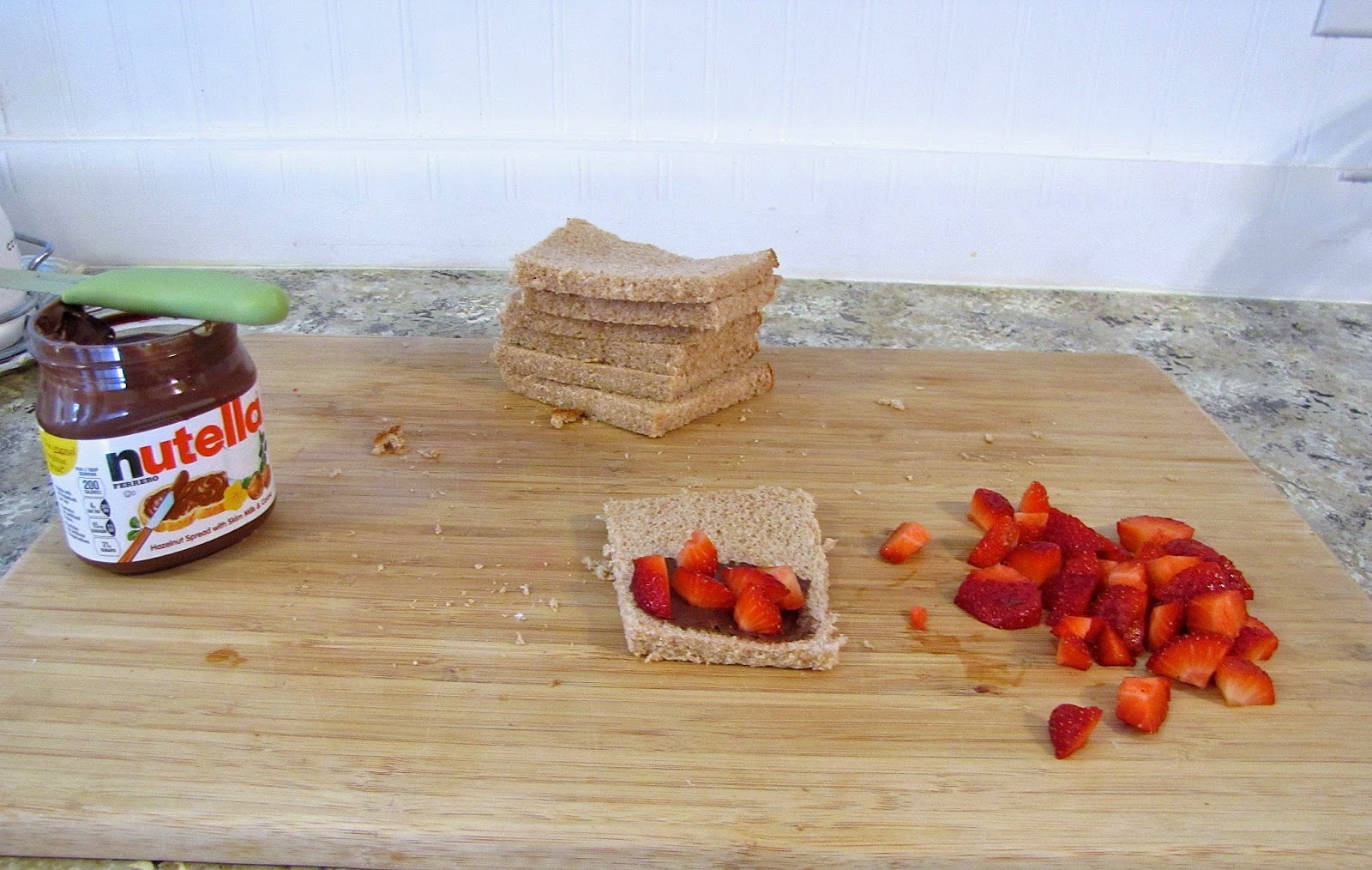 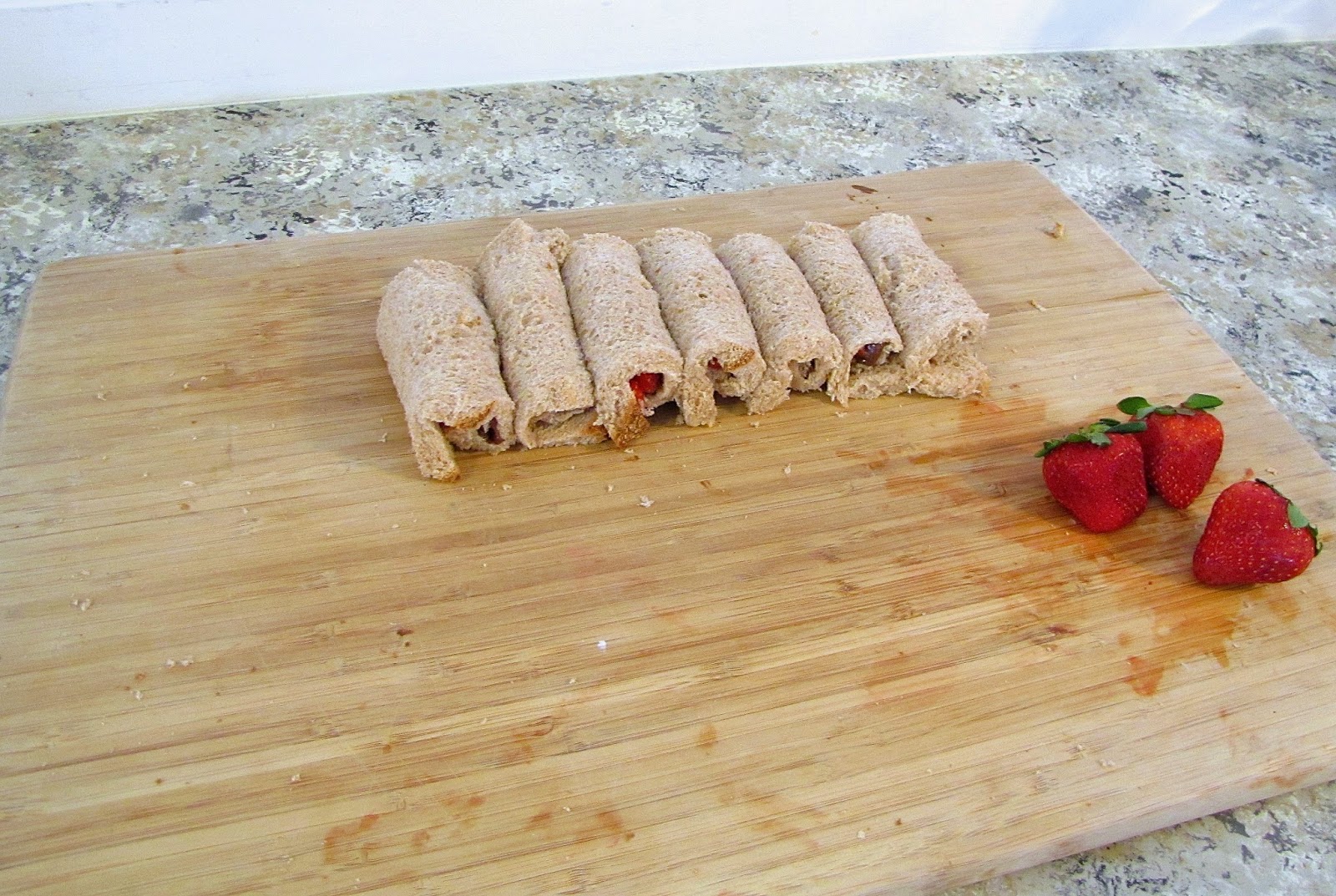 I forgot to take a picture of the egg part but you will dip them in the egg/milk mixture and then fry them in the skillet with butter until browned just like you would regular french toast. Make sure you turn them so that all sides get browned. Then immediately dip them in the cinnamon sugar mixture. 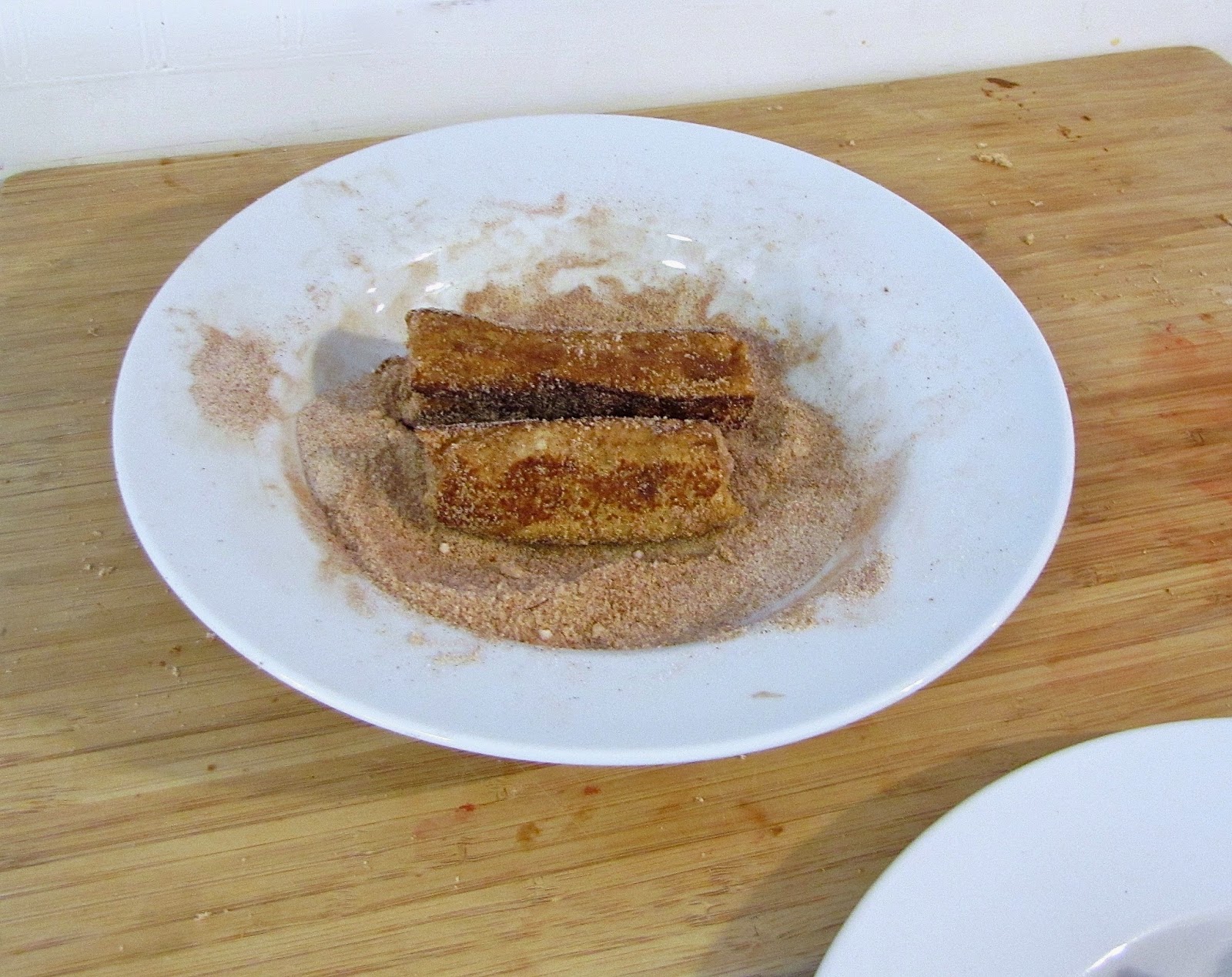 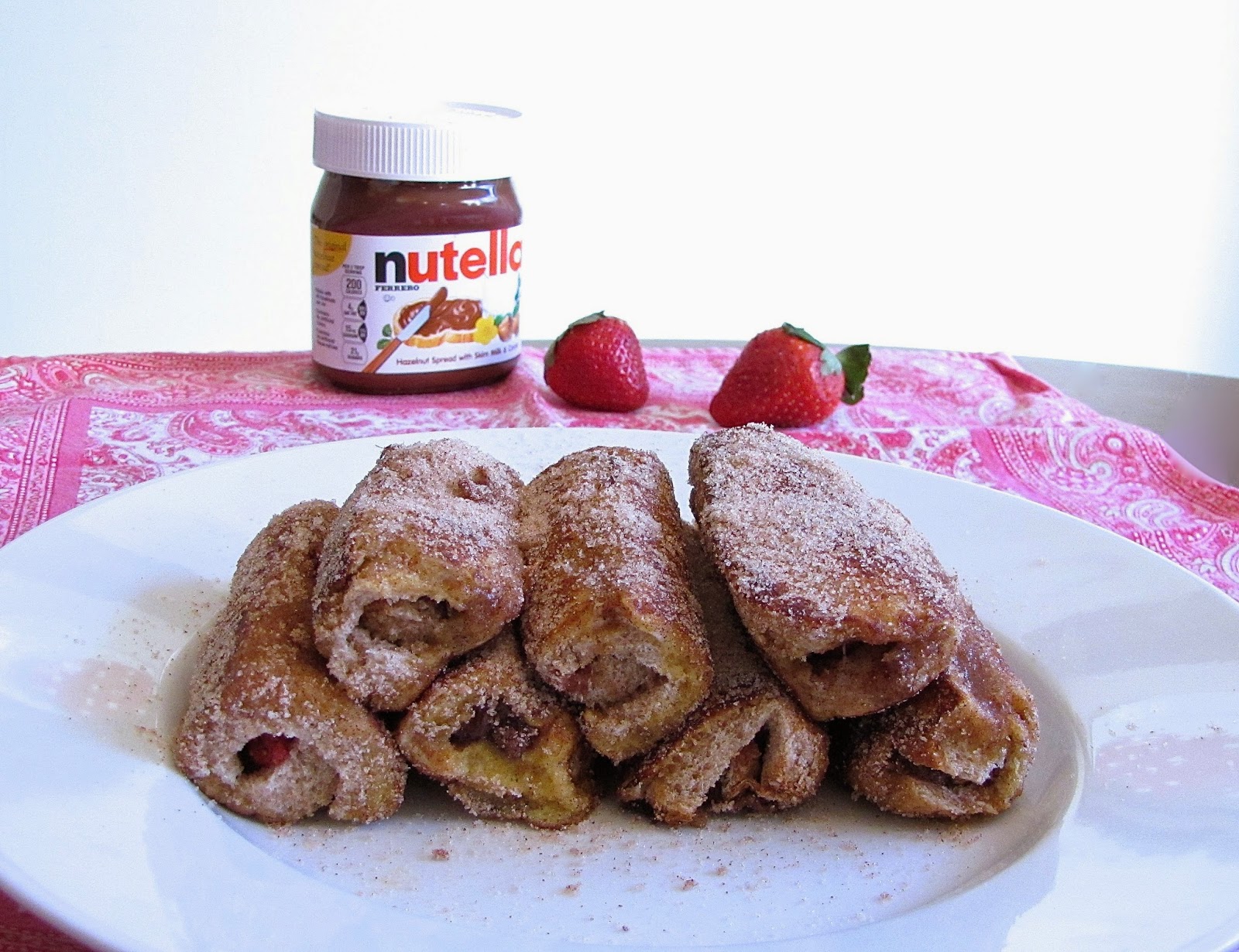