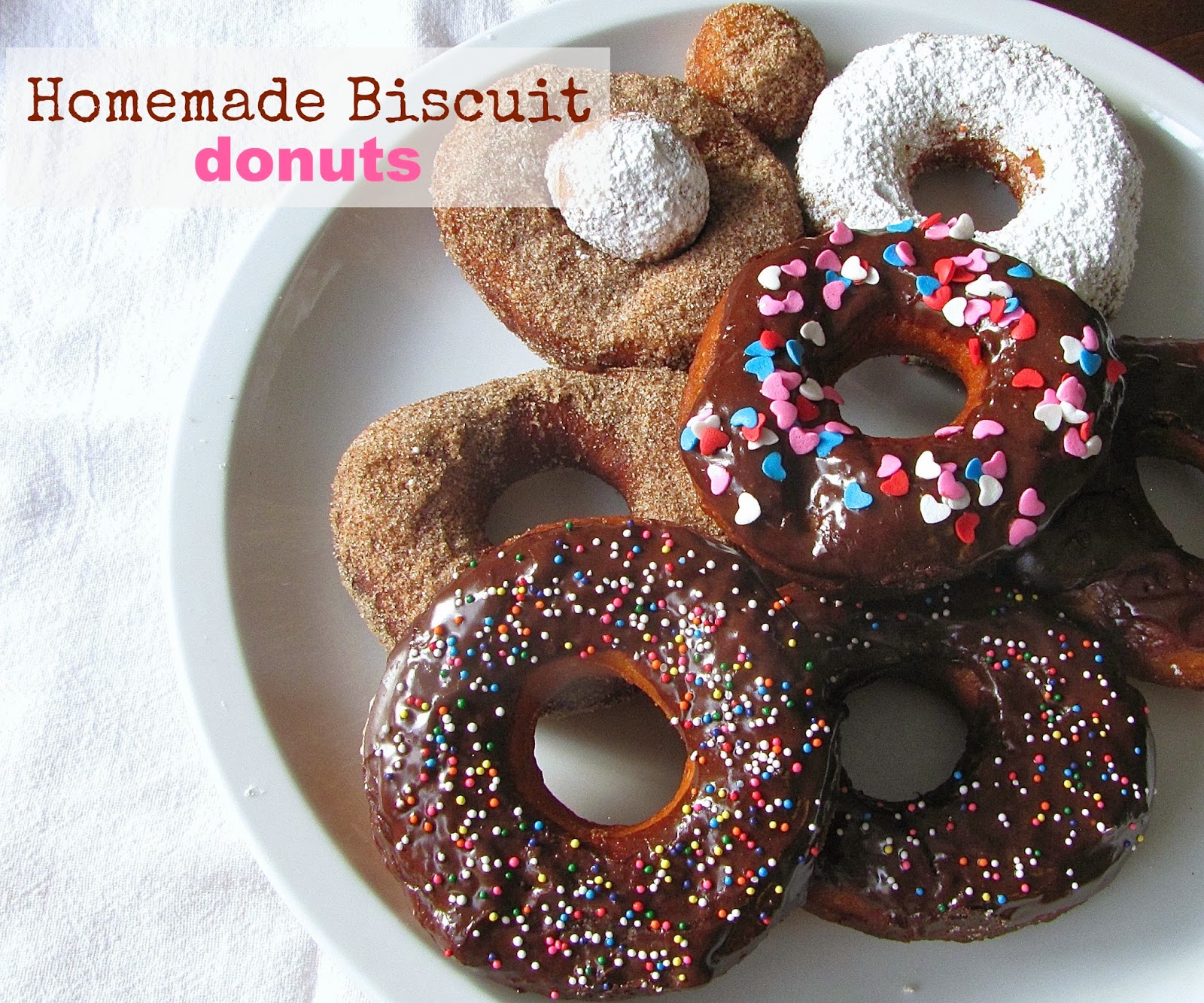 Who doesn’t love a good donut? I know I do! And as much as I want to feed my kids healthy meals, sometimes it’s ok to indulge. Snow days and birthdays are the perfect days for that! A couple weeks ago we had a ton of snow! We live in the South where snow days are usually pretty rare (except for some reason this year) and when we get snow the entire town shuts down. No school, cancelled appointments…it’s no joke. Everyone runs to the store the day before to get their bread and milk (I add chocolate to that list just in case). Matt makes sure we have plenty of firewood and we burn a cozy fire until the snow goes away. On our first snow day of the year, before I got seriously sick of the snow and just wanted it all to go away, it kind of felt like a good day to celebrate. We had some canned biscuits in the fridge and since Dunkin Donuts was most likely closed I decided to make some homemade donuts. I had made these in the past but totally forgotten about them until I saw the biscuits. Let me tell you they are every bit as good as a store bought donut and I’m sure just as fattening so you really don’t miss a thing. =)

First, I heated about 2 inches of vegetable oil in a large pot. While it was heating I took my biscuits out of the can and laid them out on my cutting board. I rolled them all flat with my rolling pin and used a small round cookie cutter to cut a hole in the middle of each one.

In a shallow bowl stir together the ground cinnamon and sugar and set aside.

To make the vanilla icing whisk together the sugar, milk and vanilla extract.

To make the chocolate icing whisk together the sugar, cocoa powder and milk.

I fried the biscuits in the oil one side at a time until they were golden brown using my tongs to flip them. I fried the donut holes too! Once I took them out I drained them on paper towels and then tossed them in the cinnamon sugar mixture or dipped them in the icing and added sprinkles to the top. Some of them I sprinkled with powdered sugar. They are best served warm! 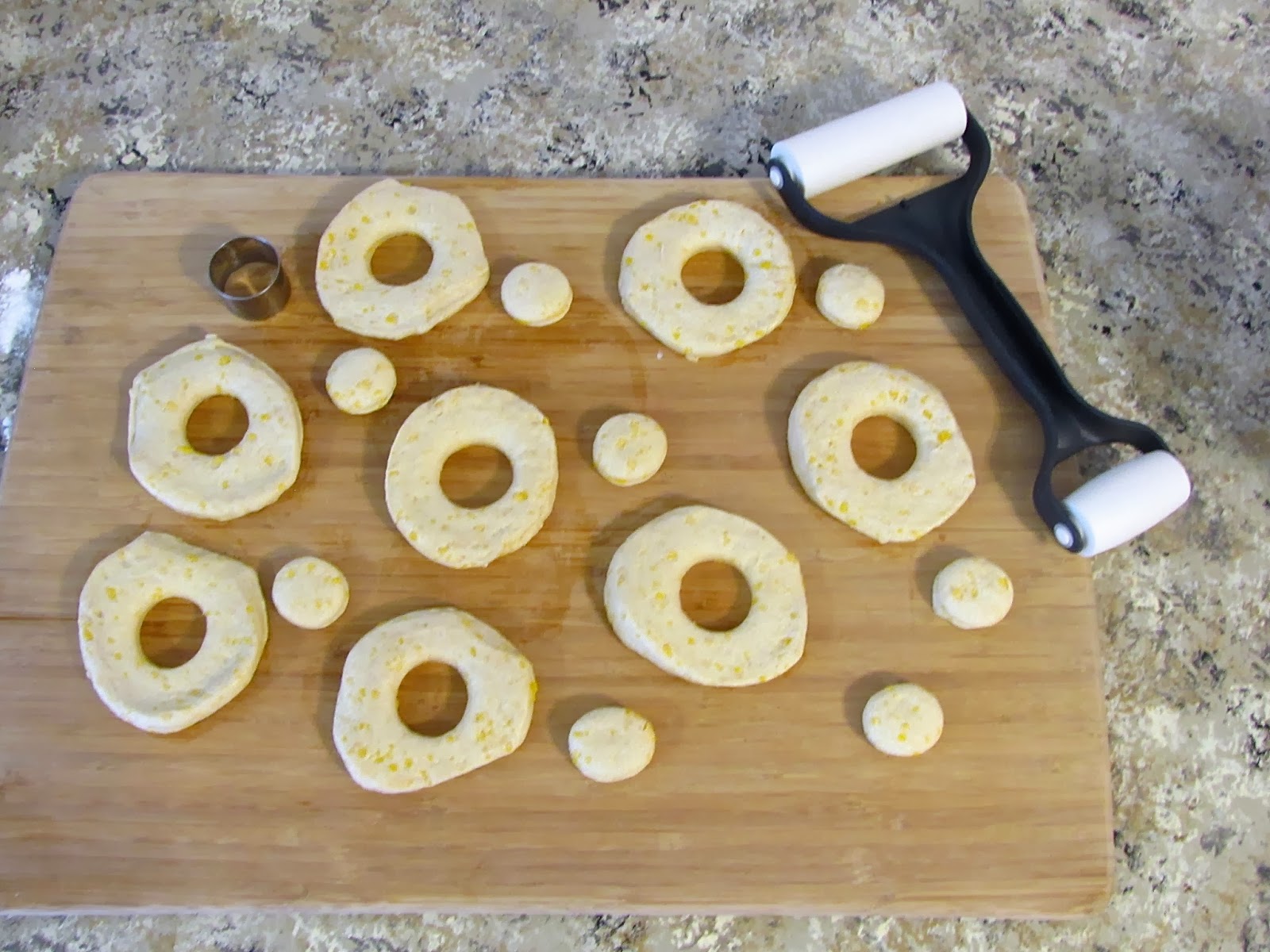 Matt is addicted to bacon so naturally he added it to his. Maddy topped hers with sprinkles and Claire liked the cinnamon sugar donuts. I’m a chocolate lover so mine were drizzled with chocolate icing. Delish! These were the perfect snowy day treat! 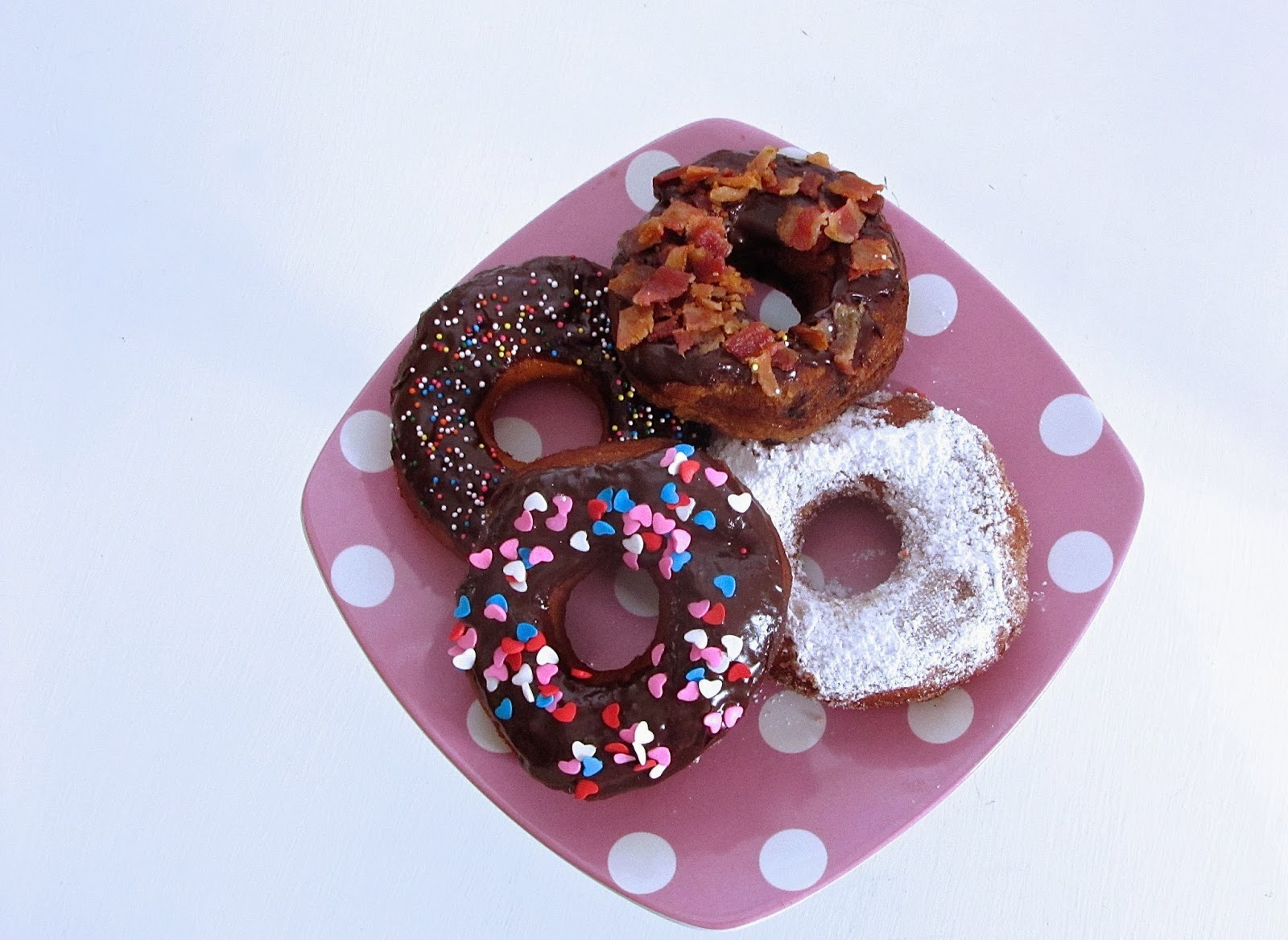