Hello all! Nesting is in full swing over here as we are getting ready for our new baby girl next month! I’ve been busy organizing mostly the kids closets trying to fit another batch of little girls clothes into some already jam packed spaces. Christmas decorations are already going up as Claire is deathly afraid that the baby will come and we won’t be able to decorate.
Anyways, today I’m sharing with you a really delicious pumpkin pie recipe. It’s made with an actual pumpkin that I baked and pureed instead of canned pumpkin. Woohoo. Just call me Martha. =)
Truthfully I never really even liked pumpkin pie that much and never ever would have though to bake my own pumpkin. I’m a chocolate lover for sure but Matt loves it and insisted that I make one…from an actual pumpkin. Surprisingly for me it actually worked! And was quite yummy! 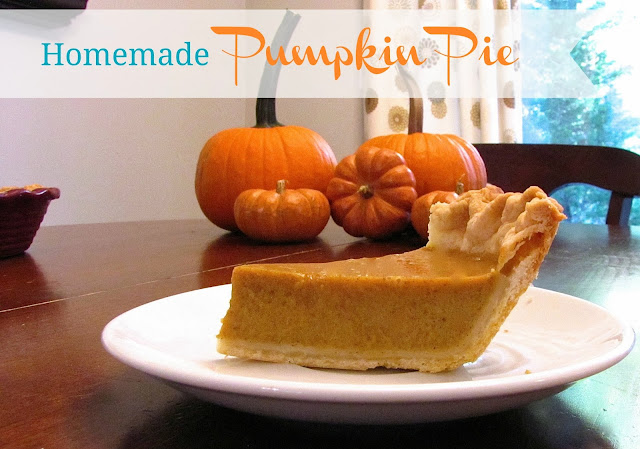 This recipe is from two different sources that I combined to make this one. Half of it is from Martha herself and the other half is from my brother-in-laws grandma. Random, no?

Ingredients:
1 pie crust (I use this recipe)
2 cups pumpkin puree
1/2 cup milk or heavy cream
1/2 cup brown sugar
3 eggs
1/2 tsp salt
1/2 tsp pumpkin pie spice
1/2 tsp nutmeg
1 tsp cinnamon
2 heaping Tbs flour
Instructions:
Preheat your oven to 375 degrees. Lightly dust a clean work surface with flour and roll pie crust into a 12-inch circle. Line an 8-inch pie plate with pie crust and trim it so it’s even with the edge of the plate. Decorate the edge as desired. Chill.
Next, in a medium bowl combine all the other ingredients and whisk until well blended. Pour into chilled pie crust. Bake until crust is golden brown and filling is set. 50-55 minutes. I usually cover the edge of my pie crust half way through with aluminum foil to avoid over browning. Let cool and serve with a heaping spoonful of whipped cream! Delish!
I’ve made 4 pumpkin pies in the last few weeks so we’ve had our fill until Thanksgiving… which is actually not that far away. I’ll be posting the recipe for how I made the pumpkin puree soon which is super easy if you decide you would rather go that route instead of using the canned stuff.  Here are a few pictures of our trip to the farm where we actually got the first pumpkin I ever baked. 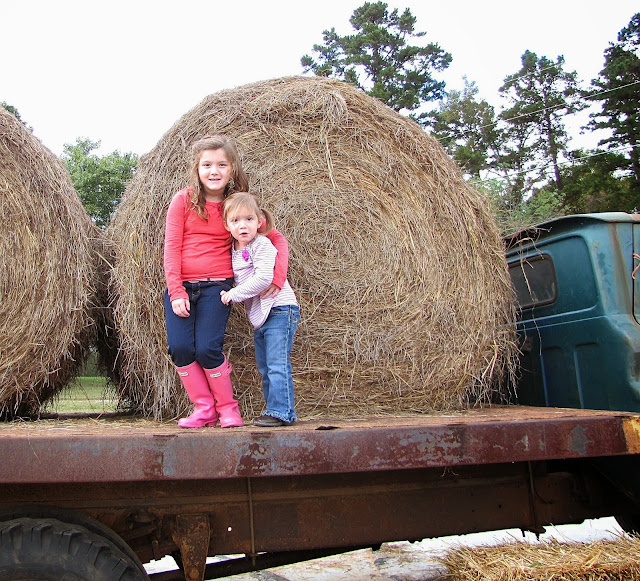 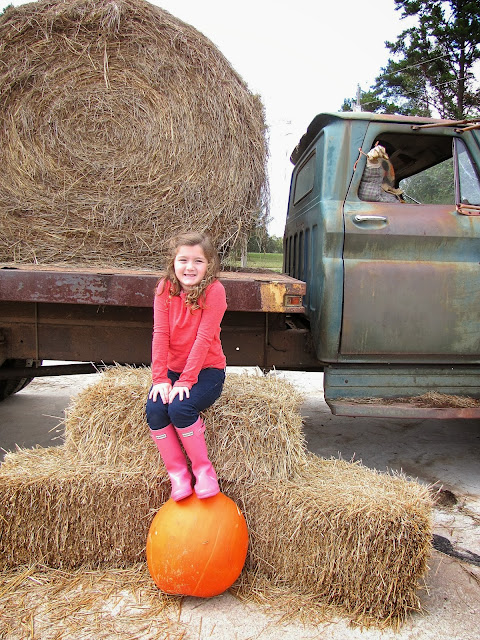 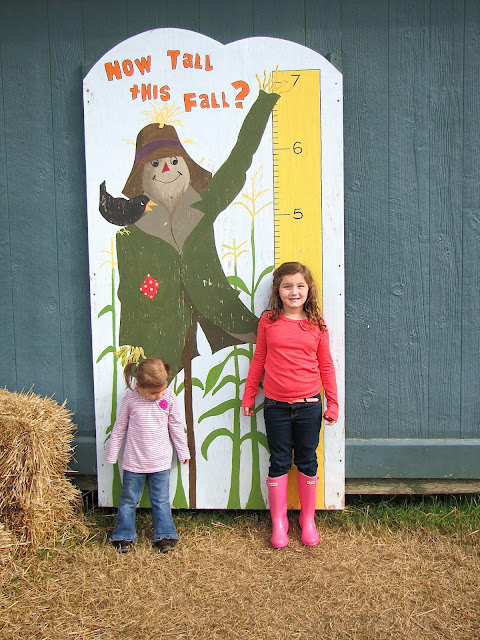 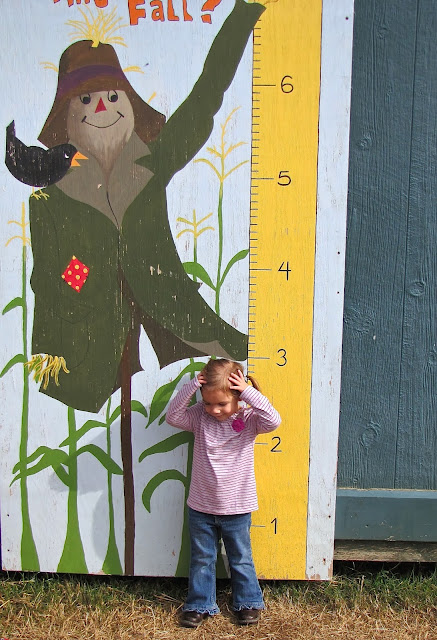 We asked the guy at the farm what kind of pumpkin would be best for a pie and he said this little tan one would be perfect. And he was right! 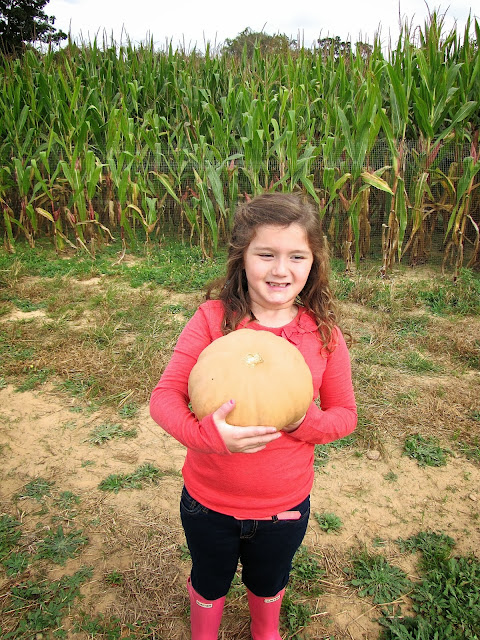 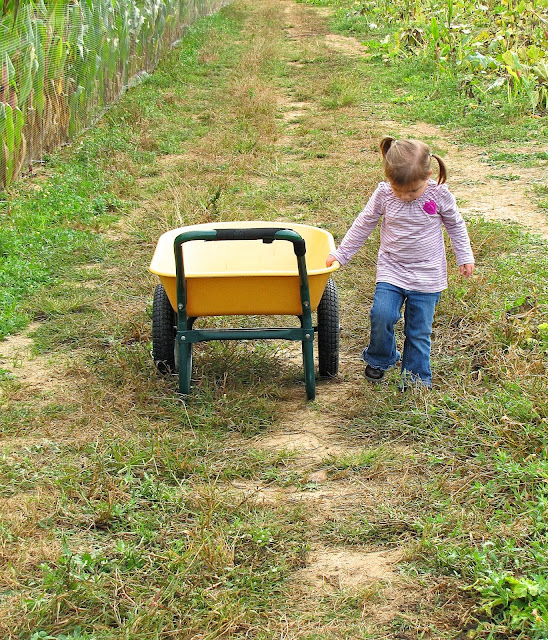 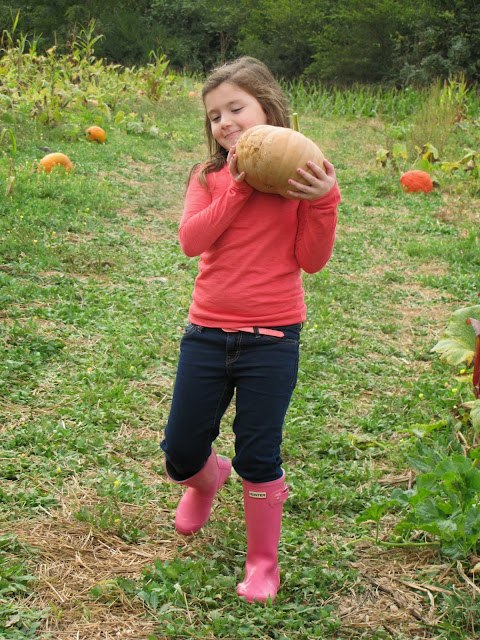 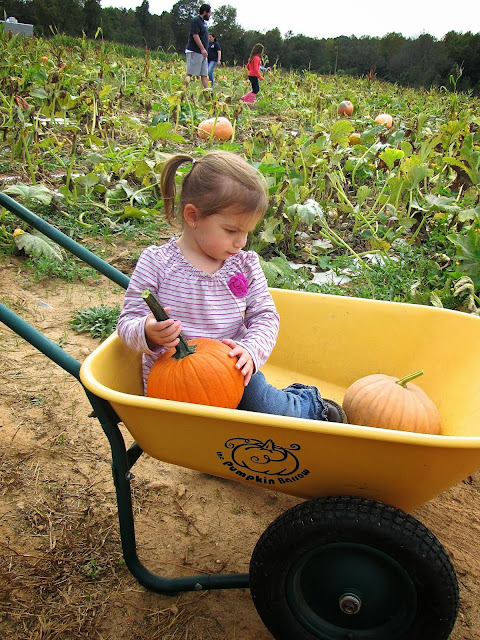 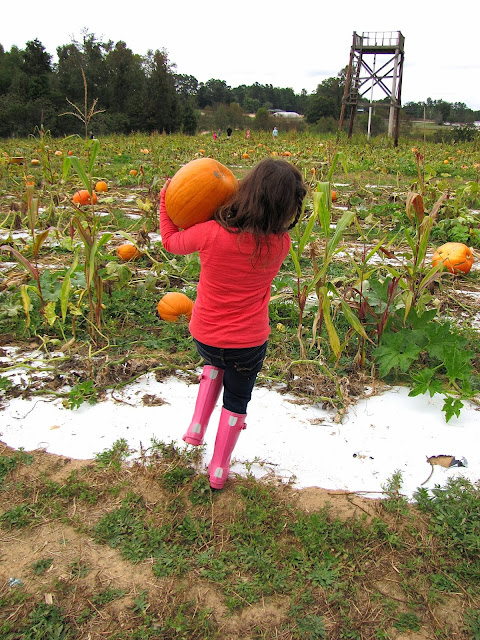 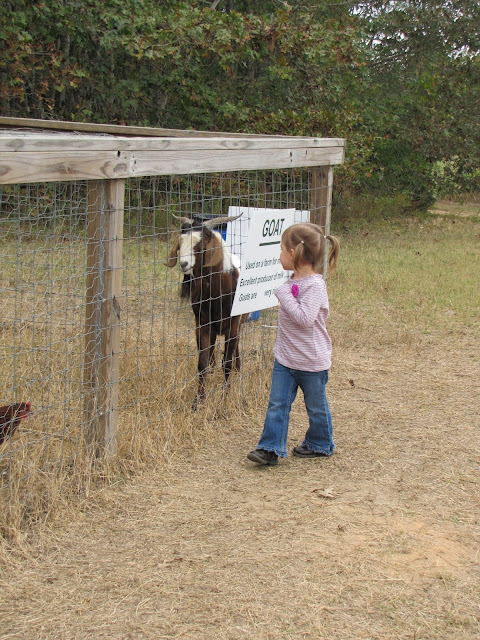 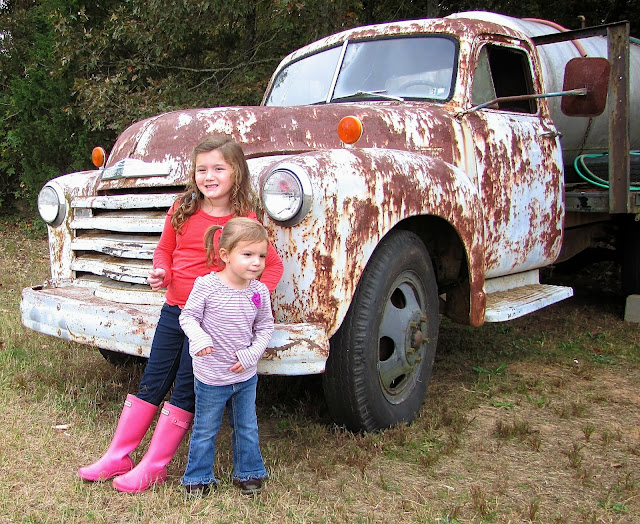 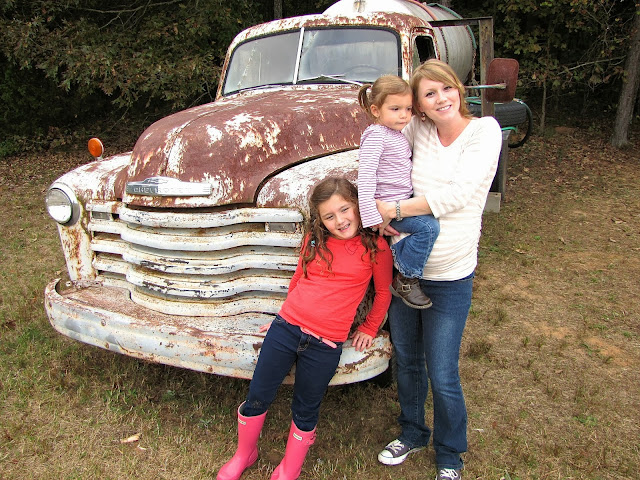 After visiting the animals I made the girls watch Charlotte’s Web with me. Such a cute movie. If I ever move to a farm someday I’m totally keeping a pig as a pet. I’ll have to hide it from my husband though to keep it from turning into breakfast. 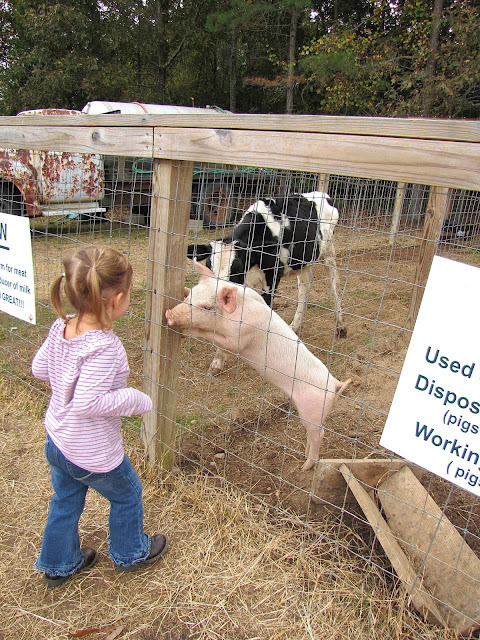 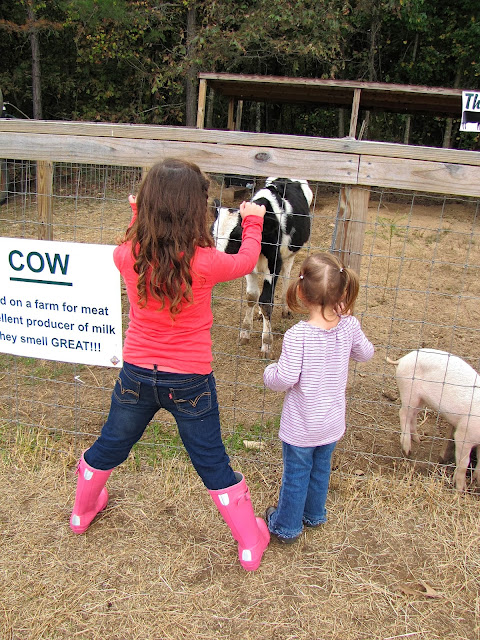 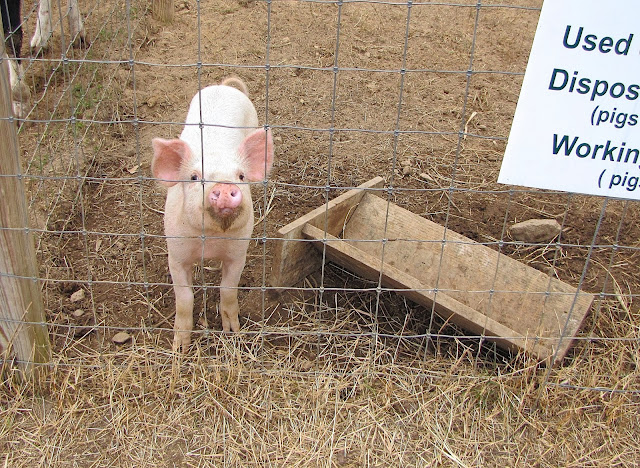 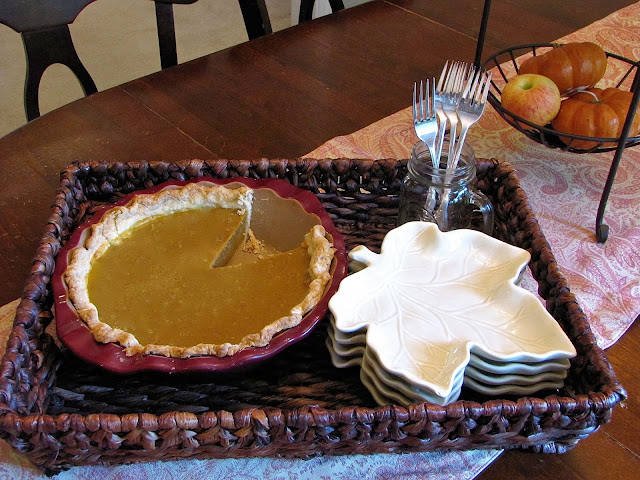 I think that’s all for now! It feels so weird to have our Christmas tree up this early but I guess it’s not that far from Thanksgiving. What do you do about decorating for Chrismas? Do you wait till after Thanksgiving or is anytime in November fair game? I’d love to know!