I’m totally in love with gallery walls right now. I love that they can be mixed and matched to whatever style you like and the photos can be switched out occasionally for a different look. I also love the mix of elements: pictures, letters, numbers, and interesting objects. You can put whatever you want in your gallery wall as long as you love it. Making one for yourself can seem overwhelming at first glance but with just a few tools and a lot of patience you can complete this project in just a couple of hours.
I was pretty excited when my sister told me she wanted a gallery wall for her living room.  We used picture frames she already had as well as some new from Marshall’s and Michaels. The ampersand and letters we found at two different antique stores in her town. 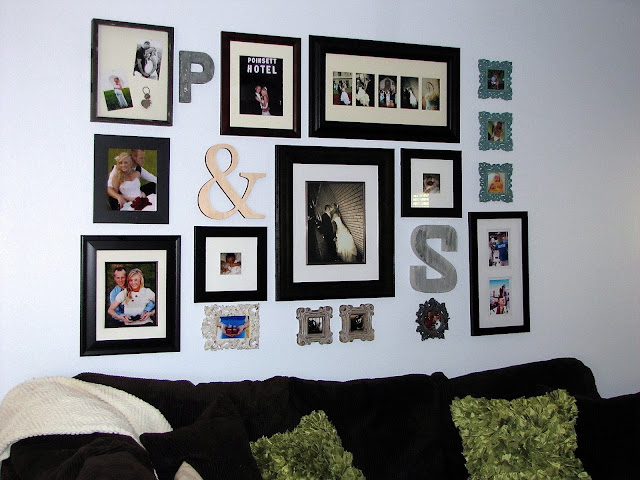 To put together your own gallery wall you will need:
First, I started by laying all the pieces out on the floor and arranging them how I wanted them to go on the wall. This is really just an idea because as I started putting them on the wall I decided some things looked better in a different place and moved them around a bit. For the most part, I stuck by the plan. I used two tape measures to mark the measurements of the wall above the sofa and arranged the pieces inside them. 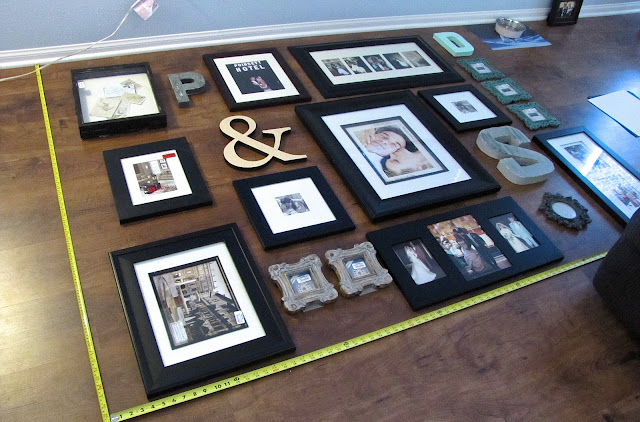 I started with the biggest frame which is also the center piece. I cut out a piece of newspaper the exact same size as the frame and marked on the back of the paper in the exact location of the hanging hardware. I taped it to the wall where I wanted the picture to hang and measured to make sure it was level. I then put two thumb tacks in each of the places where the screws should go.

I hung the picture frame on the two tacks to make sure it would be level before screwing in the permanent hardware. Once I knew the marks were in the correct place and the frame was level I took out the tacks and screwed the anchors and screws in their place. Once everything is in the right place you can take off the paper. 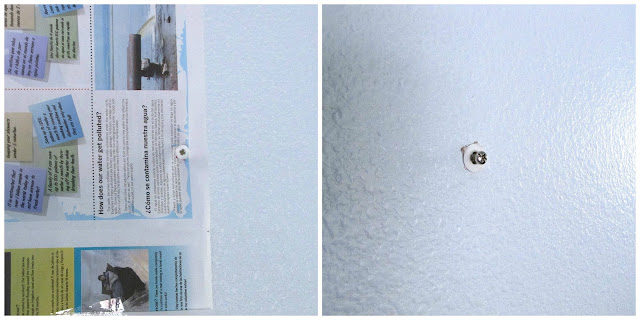 For the lightweight picture frames and letters we used command picture hanging strips so we could avoid putting a million holes in the wall. 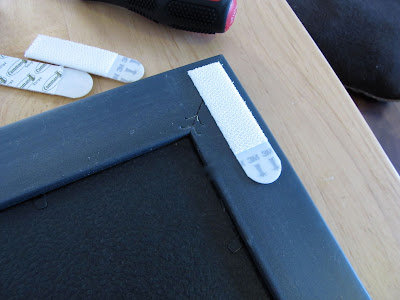 I just worked off of the middle frame and continued one by one using the paper templates as a guide as to where to put the surrounding pictures. As you can see some things we changed a little as we went along. 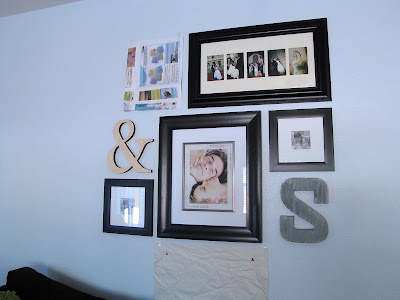 More tacks to test out the shadow box. 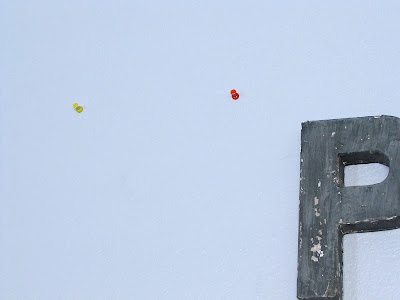 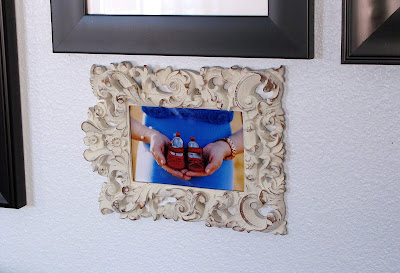 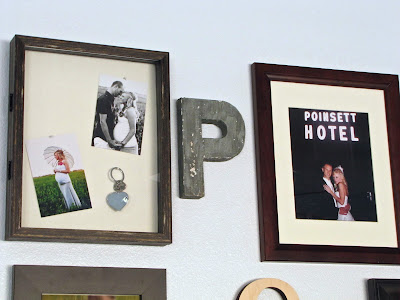 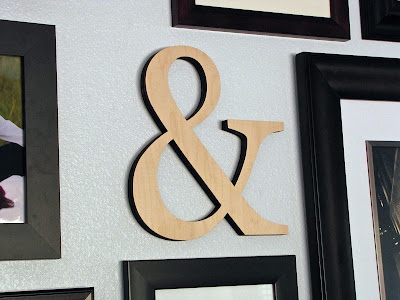 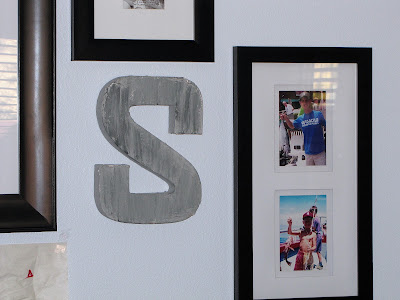 Some of these photos will be updated soon with the family pictures they recently took with Ava. 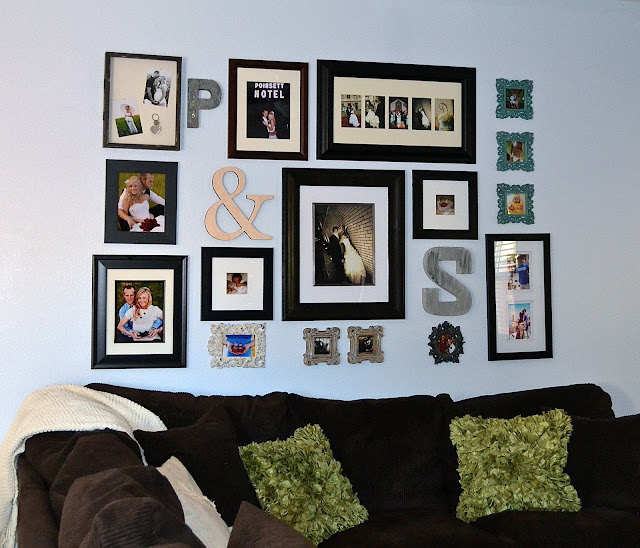 I still have yet to post photos of the gallery wall I did in my living room. I’ve already changed it up a few times so hopefully I can say it’s finished enough (for now at least) to take pictures and show you that one in the near future.