The holidays always bring about the most adorable little linens and I’m always trying to think of new ways to use them. I saw this tutorial on Lil Blue Boo and thought it was genius! I found these dish towels at Target for only $2.99 each.
To make your own dish towel skirts you will need: 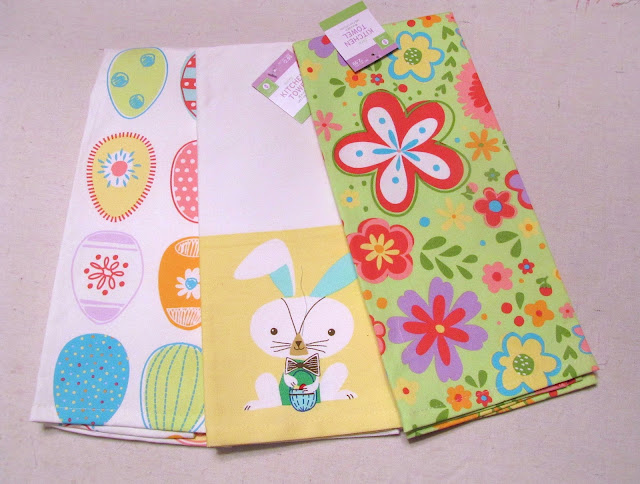 Step one: Cut your dish towel in half. Cut off the side seams but leave the bottom seams. 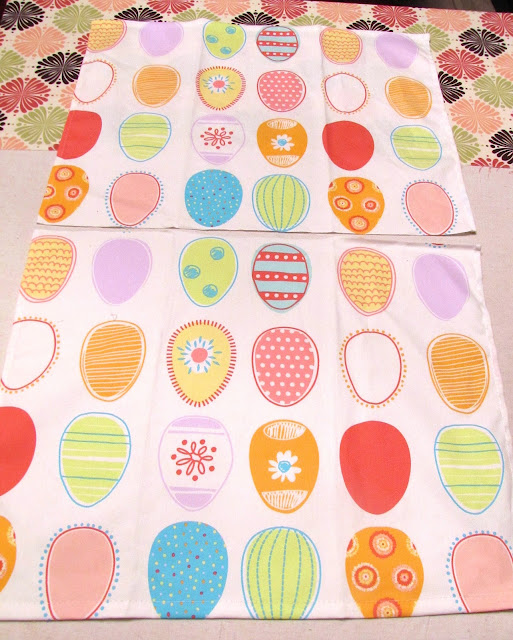 Step two: I used the rabbit of a different towel as a patchwork panel so I trimmed the sides. 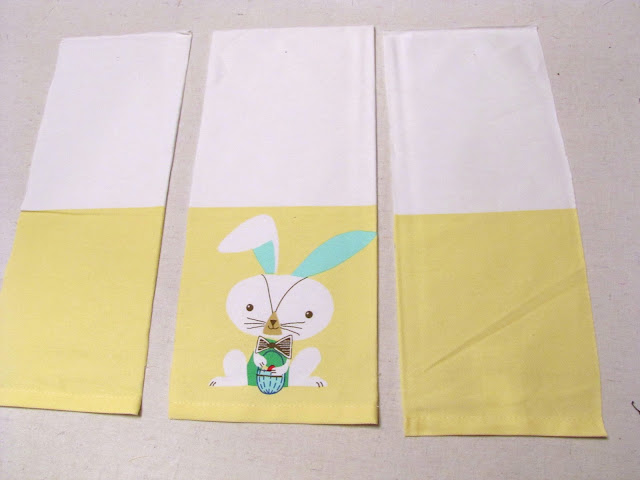 Step three: Sew the rabbit panel to the egg panel. 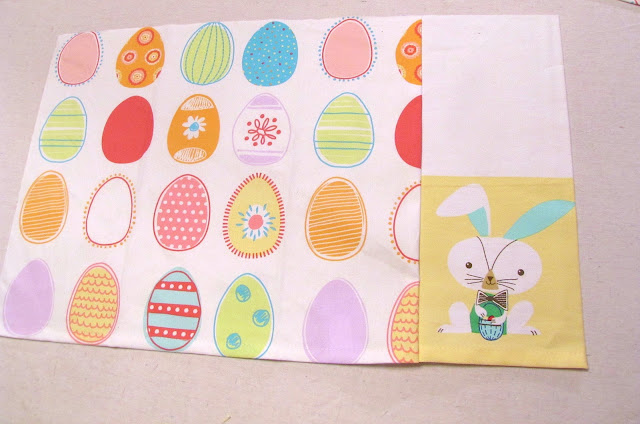 Step four: Do the same to the other egg panel using one of the yellow pieces you trimmed from the rabbit. 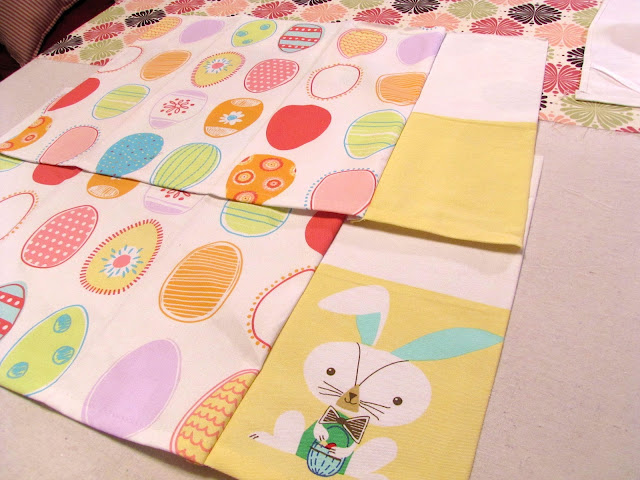 Steps five and six: Iron the seams flat. Lay the front and back panels one on top of the other with right sides facing and sew the side seams together. 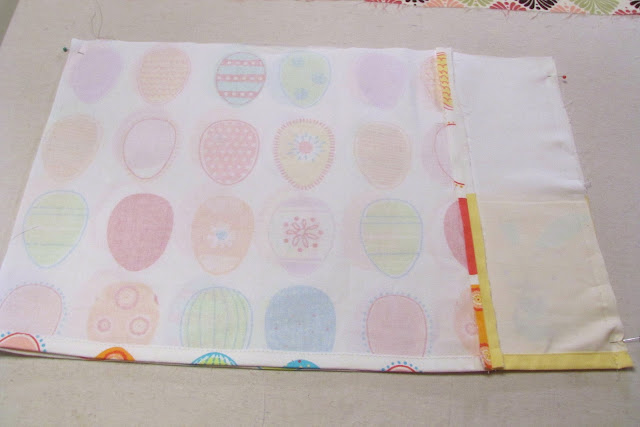 Steps seven and eight: With the skirt inside out fold over the top edge of the fabric about an inch and a half to form a casing for the elastic and finish the raw edge. 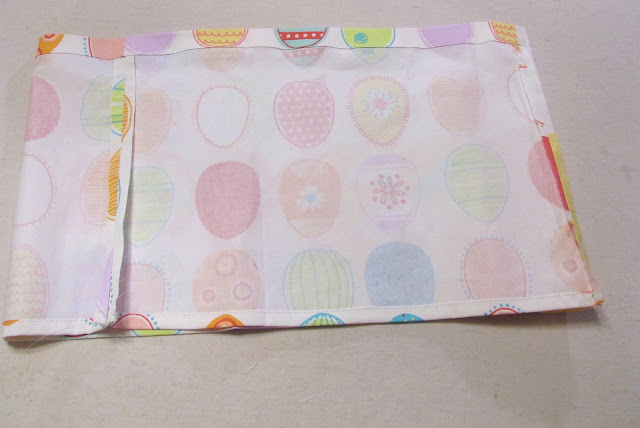 Step nine. Stitch the casing closed leaving about an inch open to insert the elastic into.

Steps ten and eleven: Thread the elastic through with a safety pin, sew the elastic shut and close the casing. 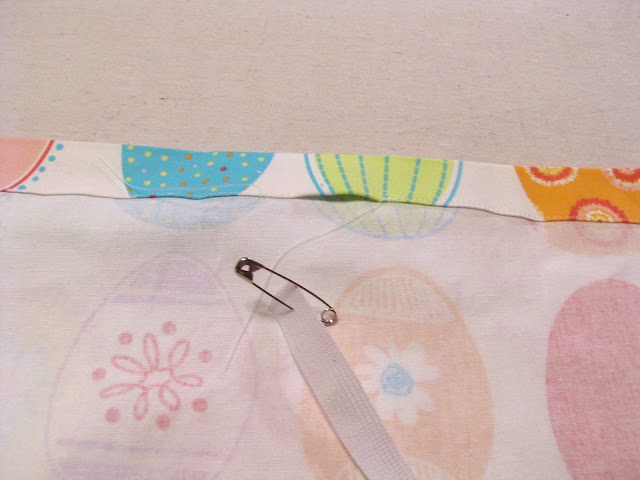 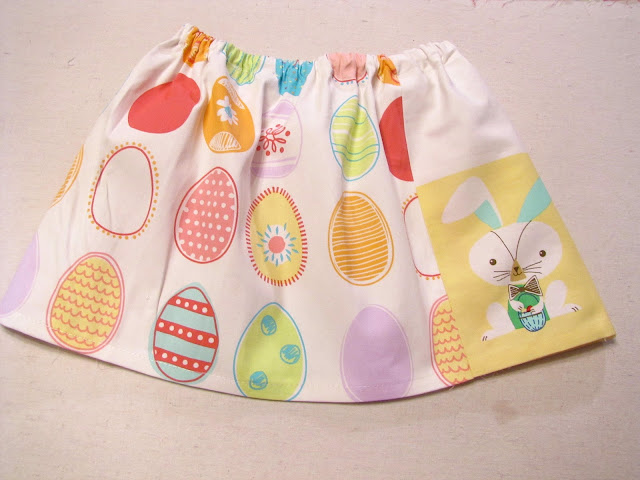 Step twelve: Add your trim to the bottom. 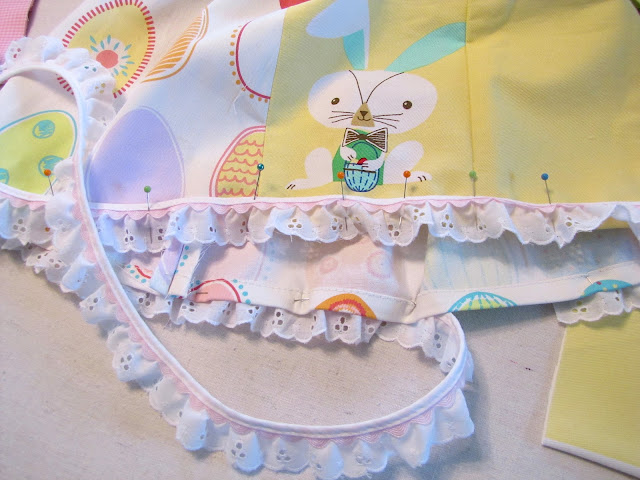 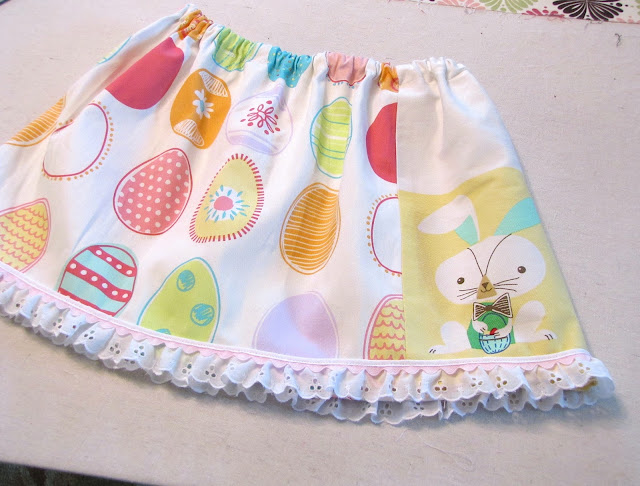 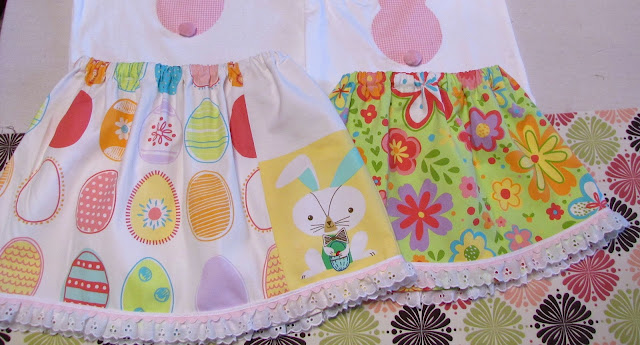 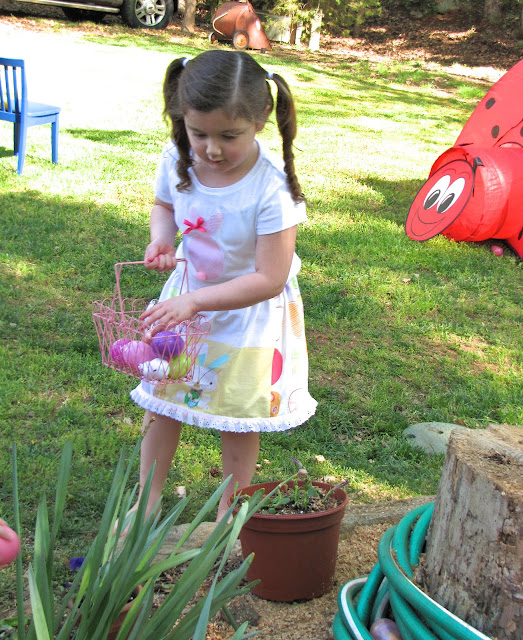 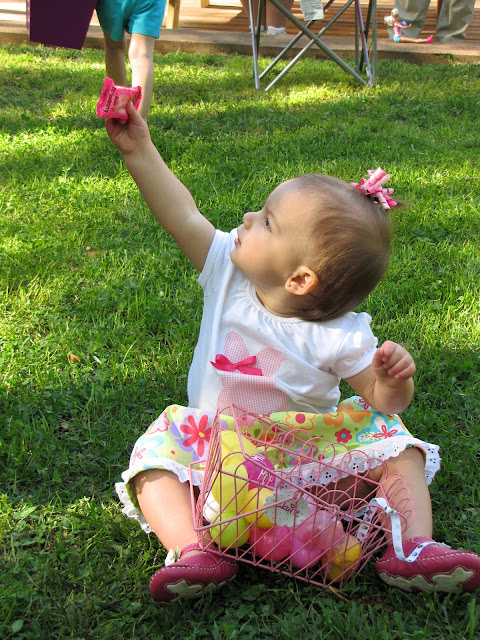 Linking up with a few of these parties. Check them out!