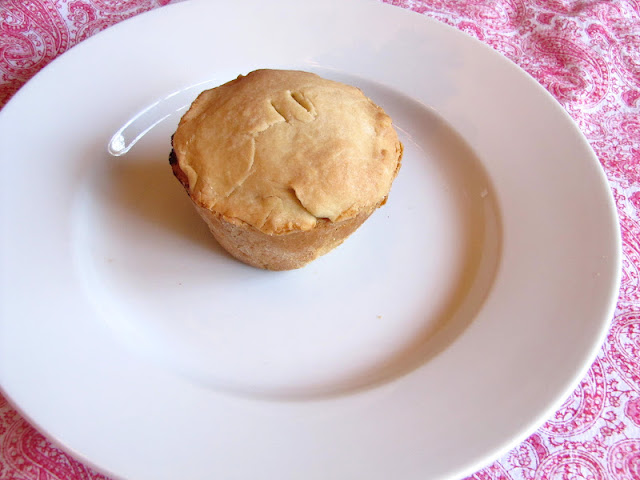 Chicken pot pie was on the menu for dinner one day last week and Matt suggested I make it into mini chicken pot pies. {Great idea Matt!} And I thought maybe since they were cute little pies Claire would think it was cool and be super excited to eat it. I thought the vegitables were hidden well enough but Claire found them all and tried to pick them out. She is not a huge fan of vegetables but can be persuaded to eat them on occasion. Matt usually tells her something about Maddy eating her veggies so she will grow to be the big sister and Claire will have to be the little sister or some nonsense like that. Well, apparently she doesn’t want to loose her big sister status so she’ll scarf down a little and proclaim that she will always be the big sister. Any other ideas to get picky eaters to eat their veggies without lying to them would be greatly appreciated! Anyway, everyone else in the family likes veggies so we love this recipe! 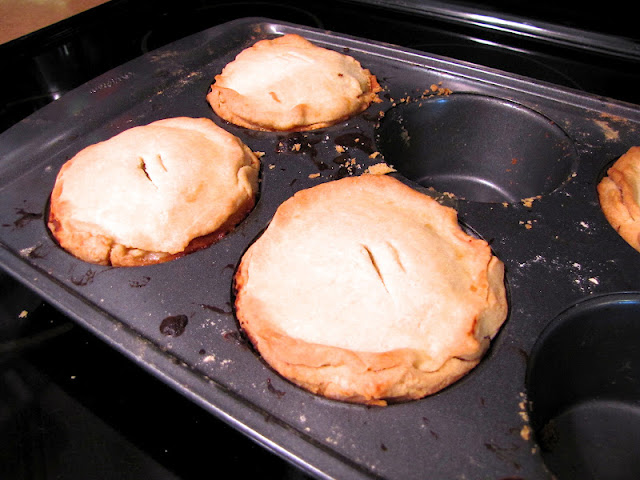 *Note: I used the recipe below and it makes enough for one 9″ pie. To make the mini pies I used my jumbo muffin tin (makes 6 mini pot pies) and used about half of the filling recipe. I put the rest of the sauce and chicken/veggie mixture into separate freezer bags and put them in the freezer for another meal. I make my pie crusts several at a time and keep them in the freezer to pull out when I need them. You can view the pie crust recipe here. The recipe says to cook for 30-35 minutes. For the mini pies I set my timer for 20 minutes and checked it. Make sure the crust is brown and the filling is bubbly.

Instructions
Preheat oven to 425 degrees. Line the pie pan with pie crust. In a sauce pan, combine carrots, peas, celery and potatoes. Add water to cover. Boil for 15 minutes. Remove from heat and drain. Add chicken to mix and set aside.

In another sauce pan over medium heat cook onions in butter until soft and translucent. Stir in flour, salt and pepper. Slowly stir in chicken broth and milk. Simmer over med-low heat until thick (stirring occasionally). Remove from heat and set aside. Place chicken/veggie mixture in the bottom pie crust. Pour hot liquid over the mixture. Place top crust on and seal the edges cutting away the excess dough. Cut a few slits in the top to vent the steam. Bake in oven 30-35 minutes or until golden brown and filling is bubbly. Cool for 10 minutes before serving. 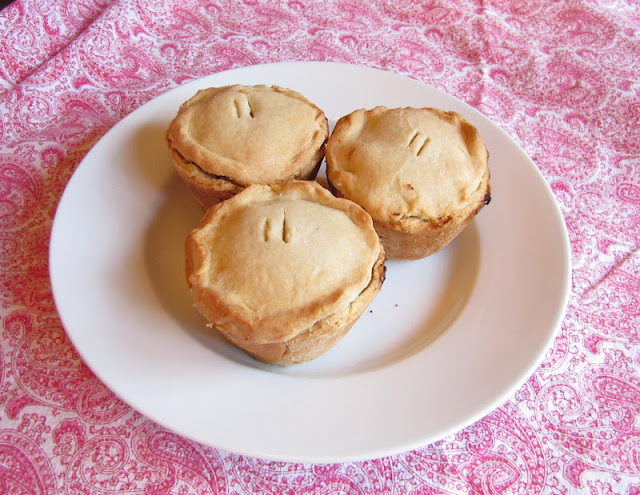 Linking up with a few of these wonderful parties. Check them out!!